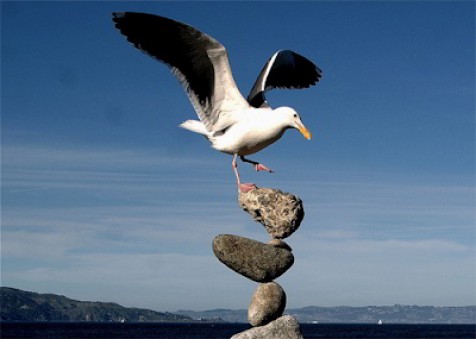 “Secrets try to get into your ears, don't prevent them, don't hide from you. Oh Beloved, don't let us lack music and wine, don't let us breathe once without being where You are. " (Jalaluddin Rumi)

"Time passes and does not wait" said the sage, yet I kept the draft of the book "Who are you?" for a long time in the drawer, to make it settle and therefore make it more solid and understandable. Not that I have changed any concepts, no, the intimate sense is absolutely the same as when I left it there to rest ... but I think that pause in the limbo of memory was enough to make it more intelligible, especially to myself. I say this because even if thoughts and words are perceived by the mind, I recognize them fully only when they appear in front of the "screen", in the form of a book.

The purpose of the book "Who are you?" is to clarify some basic concepts on what I call "self-knowledge", certainly not in the form of philosophy, absolutely not! It is simply a way of recognizing that presence that was already there.

Out of a kind of sympathy that I perceive towards all the people with whom I can share emotions and feelings, I thought it could be useful (for me and for them) to clarify some aspects of self-knowledge that still apply to the person. Since (in any case) we must start from the person as the depository of the first spark of Consciousness from which everything derives. Therefore I do not want to diminish the value of this person, and like "this" also all the others who patiently follow and precede.

Knowing the embodied characteristics, knowing how to identify the drives that distinguish our person, is certainly useful in order not to be fooled by the mind, in order not to fall into the trap of false identity. In fact, everything that can be described cannot be "us" but only the functional structure of the body / mind (in which we recognize ourselves). This psycho-physical apparatus is the result of the mixture of natural forces (or elements) and psychic qualities (which elements are expressions) that are not under our direct control. In the multiform interconnection of these energies, infinite beings take shape. Even if - in truth - they are not "forces" or "beings" but a single force and a single "being" that takes on various aspects during its unfolding in space-time.

But here it is necessary to describe the "separative capacity" (yin and yang) that produces the illusion of diversity. It is the first concept that is formed in the mind (in fact it is the mind itself).

At the beginning of human culture the difference between Nature and "person" was imperceptible, philosophical speculation had not come to presuppose a separate ego, as a privileged user of creation. In fact, in the ancient matristic and pantheistic tradition, Nature was seen as the Universal Mother, who by herself and in herself produces all phenomena, manifesting all forms. In this view there is no separation or difference between the Matrix and its emanations of it, whether living or amorphous. Animals, plants, mountains, waterways, seas, starry skies, the moon, human beings ... everything shares and is an expression of the creative act, an indivisible part of a Unicum.

In this perspective, creation is seen as something spontaneous and natural, a cyclical recurrence that arises from the earth, insists on earth and returns to the earth, in a continuous repetition without an "beyond". Everything is present in the eternal here and now. This blissful vision did not end with the passing of generations, it lasted a long time, and still lingers in enlightened minds. Its elliptical progression preserves the flavor of eternity.

Starting from these assumptions, I began to explore those archetypal psychic forms which from time immemorial have been recognized as present in all representative expressions of life.

I thus came across knowledge of much antecedent religions and psychology. I found, for example, in the Book of Changes (I Ching) and in the Indian elemental system, interesting ideas to go back to the sense of identity that distinguishes the whole man. An identity that is both local, based on presence in the here and now, and personal, that is, perceptive and emotional.

For instance, integrated by the elemental system, there are basically two cultural orientations of China, Confucianism and Taoism, the way of correctness and the way of spontaneity. Receptacle of these two social aspects is the Book of Changes, that is the I-Ching, one of the most ancient wise texts of humanity. It incorporates several comments by Confucius and Lao Tze, as well as later considerations of a Chan matrix (Buddhist Meditation). Also attributable to the I-Ching are the basic psychic archetypes of the Chinese zodiac and the two aspects of Yin and Yang, the Feminine and the Masculine, Darkness and Light, Earth and Sky.

The spontaneous and natural interaction of opposites, in continuous movement, described in the I-Ching, is the same as the Greek "Panta rei os potamòs" (translated as 'Everything flows like a river'), the famous aphorism attributed to Heraclitus, lived at the same time as the sage Lao Tze. But also in the 'Book of Proverbs' of Solomon there is praise of the marriage of Heaven with the Earth, of the conjunction of opposites ... the serpent that bites its own tail ... as a miracle of the polarities that integrate, of the two that are one , of the sweetness of a woman's heart that calms the aggression of man ... This is the intelligence that guides Nature in what we now call 'evolution', which made Leo Tolstoi say: "If a man he wants to help the world, he doesn't have to think about running away from the world. He has to learn to know it and to live in it, becoming an oasis, a refuge for those in search of their soul".

And it is precisely in this way that we can try to find an understanding of our true nature and correct action in the world. With the help of the fundamental principles of the Book of Changes it is possible to realize in the most complete way the inner faculties of man. This possibility is based on the fact that man has in himself faculties similar to Heaven and Earth, as he is a micro-cosmos. Since the laws of Heaven and Earth are reproduced in the Book of Changes it provides the tools to cultivate one's intrinsic nature so that the innermost good qualities can unfold. In particular, two things are taken into consideration: wisdom and work, the intellect and the will. When intellect and will are centered in the right way, the emotional life also comes to the right harmony.

I find that addressing these issues today -18 June 2022, in the Bifolca di Vignola field-, near the auspicious moment of the summer solstice, is particularly appropriate and opportune. In fact, in these days of mid-June we experience the fullness of the luminous emanation, which symbolically represents not only sunlight but also intelligence, the "lumen" of the spirit.

This moment is characterized by the hexagram Kien - the Creative, made up of six solid lines (yang, the sky). In this period, also called "Heaven above Heaven", the positive Yang energy is at its maximum expression: it corresponds to the peak of the luminous, spiritual, steady, active primordial force.

The concept of time is inherent in the Kien hexagram and therefore the movement that persists with tireless strength, as one day follows another day. This duration in time is the image of the strength inherent in the Creative. The sage draws from it a model to follow in order to acquire lasting efficacy in his work. The wise man makes himself strong by eliminating from himself all that lowers and is vulgar.

The Horse is the archetype that accompanies us in the summer solstice, which for the Chinese tradition is the apex, the maximum expression of the season: flowering and ripening of the fruits, growth: energy becomes matter. The horse is cheerful, sharp, kind to others, loves adventure, is intuitive and talented, sometimes impatient. This period of the "Horse", in conjunction with the year of the Tiger in which we find ourselves, will give the evolved souls the ability to face those changes that are now more than ever necessary to recognize themselves as an integral part of Life, Nature, and the Earth.

Applied to the social world, this moment designates the creative action of the "noble": this is a propitious period for people who will be able to give shape to positive ideas, perseverance day after day will allow the realization and realization of their projects. The archetype of the Horse that is associated with the hexagram "Kien" gives strength, but above all it indicates that to maintain harmony and achieve success it is necessary, in autonomy of thought, to trust and guarantee active collaboration to the people who place themselves with us in evolutionary harmony.

Confucius said: “What agrees in tone vibrates together. What is similar in its intimate essence is sought. The water flows towards the humid, the fire turns towards the dry. The clouds, which are the breath of heaven, follow the dragon, the wind, which is the breath of the earth, follow the tiger. Thus the sage rises, and all the others fix their gaze on him. What is generated from heaven feels akin to what is above. What is generated from the earth feels akin to what is below. Everyone follows what is similar to him ".

My book Who are you? It wants to be a contribution to face the journey and perhaps it will be able to provide a useful viaticum on the path towards integration and self-knowledge.