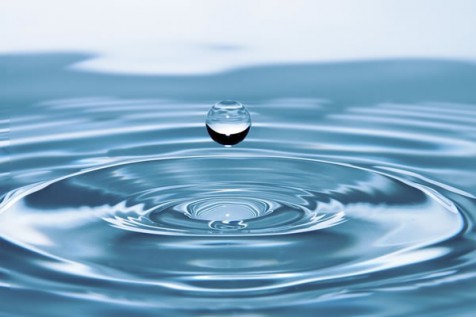 Time and space are like words written on paper; the card is real, but the words are just a convention. Time is infinite, although limited, eternity takes place in the cross-section of the present moment. We miss it because the mind is shuttling between the past and the future and does not stop to focus on the present. But this is something that can be done easily enough if interest is aroused." (Nisargadatta Maharaj)

"Following the Big Bang and the force of gravity and the intrinsic nature of quantum particles, the universal matter we know is self-generated ... from the void, without any need for divine intervention" (Stephen William Hawking). As if to say that God does not exist, and that life and matter are the result of a natural process.

These hypotheses of the All that generates the Whole follow Albert Einstein's theory of the relativity of Space - Time, which also acts as a support for anti-creationism.

The British Hawking's theses are very similar to the insights of "lay or atheistic spirituality", widely expressed by the undersigned on several occasions. Therefore the scientific corroboration on the non-existence of an "intentional" Creator (as God is usually understood) finds me perfectly in tune.

The truth is that the denial of creation, as the work of a personal God, is far older than the "scientific discoveries" of the English physicist or of the "lay spiritual intuitions". Even it dates back to thousands of years before our era. The concept was already present in the "Non-dual" philosophy of India and in Chinese Taoism, and had a side also in the Buddhist theory of the "Void" (or Sunya).

And what do these philosophies say?

The manifestation appears in the Absolute through a spontaneous "holomovement", or "Power" (Shakti) inherent in it. The Absolute does not create ... he simply is. It has no will or desire. In Advaita (Non-dualism), all of the existing is a natural expression of the own energy of Being, there is no deliberate accomplishment or purpose in manifestation. From the "empirical" point of view the explanation given of the "creative" event is that of the energetic movement, a "gradient" that is formed after the appearance in the reflecting mirror of the cosmic mind of the concept of space and time.

A sort of a natural conditioning or ability of the mind to project itself into that "continuum" through the formation of an incessant series of "frames", defined "moments" and "places". We could say that this "continuum" corresponds, ab initium, to the so-called Big Bang, and in fact both space and time arise simultaneously from that hypothetical primordial expansion. But also to affirm that the manifestation has begun in a certain time and that it continues in the space is a concession to the experience lived by the "beings" that move within the space / time. In truth these "beings" are also conceptual and relative as much as the existence of the passing of time and of expanding into space. In short, the Void, or the Absolute, always prevails, everything contains and everything transcends.

In Taoism what is called space is called "Yin" and what is called time is called "Yang". The meeting, or friction, between these two forces inherent in the Tao (Absolute), produces all visible effects (that is the birth of the so-called "ten thousand creatures"). In Tao there is no intent, the entirety of the manifest is the result of a spontaneous alternation or chasing of the Yin and Yang energies along an infinite spiral.

In Buddhism the only concession that is made to the existence of a "God" is in the form of a compensatory power inherent in the law of cause and effect. He is therefore described as the dispenser of karmic retribution. But it never takes on a specific form as in the Christian or Muslim religions or in any case believing in a "personal God".

How then does the idea of a God "creator and lord of heaven and earth" arise in the monotheistic or polytheistic faiths? It is evident that this thought is structured in the individual mind of man as an attempt to give an answer and a sense to its identification with the form and with his consideration that the manifestation of the events observed in time space is "true and real". Therefore the existence of a superior entity is supposed to "superintend" to the activities of the universe. This belief is both a consolation to one's hypothetical inferiority compared to our perceiving ourselves as living in a world and a speculative thought functional to separative illusion. In truth, the Universe is an inseparable whole and, as it happen in a hologram, every single particle contains that Whole in an integral way. This is also true in a logical sense since the Whole can never be split, even if it manifests itself in apparent differences.

Indeed, even when we think we are a part and separate from the Whole we can not help but affirm it through the consciousness that is the root of our feeling and the only evidence of our existence. This consciousness is a common feature of every living form and is inherent in nature itself. In progress, or in latency, in the so-called inorganic matter and in evidence in organic forms, that of matter are a biochemical transformation.

And this Consciousness, as a natural expression of the Absolute, is unique and indivisible, it represents the true reality of every being. Be it a God or an amoeba or a germ or a stone ... and of this perhaps quantum physics can give a demonstration. In an attempt to undermine at least the grossest ignorance of the true nature of Being and Existence.

Karma, cause and effect