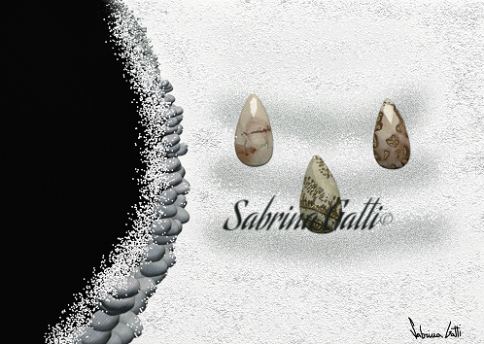 A word that frightens, that puts anxiety and terror in anyone, even to those who want to flaunt more courage, and with good reason.
It is a term that indicates a difficult moment in human life, something that often approaches, if it is not completely identified with some tragedy to which it seems, or it is really impossible to remedy, something terrible for this, an enemy that it would be better to avoid rather than face.
It is obvious that anyone faced with the choice between a peaceful life and one full of problems, would never opt for the second one, indeed it is part of the good luck wishes that usually are addressed to loved ones, but also in exchanges dictated by pure formality, that trials and sufferings are as far as possible from the life of those around us as, it is more than taken for granted, from ours.
Yet this word, so full of negative meanings, also has an unexpected index of positivity. That it is the first and last of the alphabet of existence is clear, the origin of every life is generated by a crisis, just as the departure from this world of each individual is also an originated crisis.
''K????? ''separation, dissolution, from K????, separate, divide, distinguish, order, but also prefer, declare oneself in favor of, approve, investigate, examine, ask, decide, sentence, judge, pronounce sentences, sue, accuse, adjudicate, and judge, estimate, interpret, declare , questioning, choosing for oneself, making, deciding, contending, and arguing.
Therefore, not just a meaning, not a single voice in the soul, but the thousand facets of existence joined together in the vortex of thought, in an analysis dictated by the logic of the concept, not a single word, a single feeling identified only with the dismay originated by the horror of the realization of a nightmare.
Separation from someone or something but also if we want from a state of affairs, from a mental position. So separation as a metaphor for change, not necessarily towards a state of absolute negativity, at least often not in the long run. All our human experience in our journey on this earth is founded on this concept: 'K?????' ' As a source of change.
Not as an indication of doom, or of simple inability to manage the opportunities offered by luck, but as a natural, physiological experience, linked precisely to our being, to our human nature, of imperfect creatures, however the result of an evolution that is not only that of the species, therefore of the social collectivity, which reflects its millennial journey, in every single subject belonging to it.
Crisis as a form of evolution, therefore, but also as a positive opportunity for change, passage. The status within one's own group, the workplace, the beginning of a new cycle of studies. These are natural passages, sometimes even traumatic (the change of a job can take place after a dismissal, a new cycle of studies after a rejection or for a new path that one is forced to undertake, perhaps the non-admission to the desired university faculty ). Obviously all this does not want to consider this concept as positive, it would be absurd.
The term `` crisis '' concretely indicates a neutral concept, neither positive nor negative, but of great strength and intensity: a crucial moment, which could have any outcome, but given that in any case the positivity of the result is not guaranteed, nor the expected favorable outcome, however, invites us to use caution and attention in this culminating phase to try, as far as possible and for that part of the events where our will and our actions can be of help, to work to direct our favor the unfolding of events.
In the West as well as in the East ?? w?ij?, the Chinese term for the concept of crisis, embodies the same neutral and decisive meaning. There are two ideograms that make up this word: w?i (?) which expresses danger while j? (?) with a deeper meaning, is the beginning of an event, which describes the crucial nature of a choice, of a moment. Therefore certainly a meaning not only positive, but which encourages prudence and attention, not abandonment to a state of careless optimism, which would well be accompanied by a reckless underestimation of the risks in progress and the difficulties of a changing situation. , inviting on the contrary to calm, to reflect and to cautious positions in order to better evaluate the real and concrete trend of events.
Careful and careful evaluation, acceptance of risks and of what could be inevitable and irreparable, but also analysis of the possibilities that such a moment could offer or that could be created. A journey to the limit, poised between good and evil, an uncertain certainty of something that will have to happen anyway, whatever its outcome. In the East as in the West. Fear, yes ... but also hope, perhaps not so openly expressed by the concept, but intrinsic in it, like the certainty that beyond the darkness of the night, always and in any case, for eternity, the sunrise will come.
Crisis as a climax, as a passage, a counter-current ascent. Expectation ... terror and trust at the same time, the necessary strength and the courage to face an obstacle, but also the return to life in a new guise, with a new journey to face, and transforming pain into positivity and into a new future.

The wounds of the heart