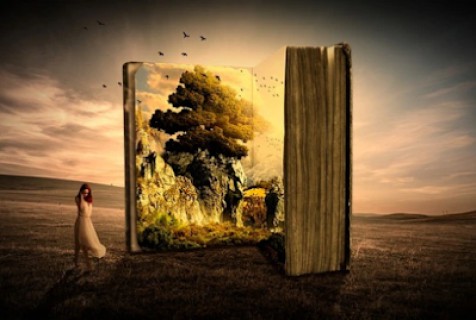 In the vision of absolute Existence-Consciousness, in terms of Lay Spirituality, creation is an "appearing", which manifests itself simultaneously to the observer, albeit considered by the observer himself as a development resulting from the passage of time in space.

The manifestation is in fact a simple reflection in the mind of the perceiver who manages to capture and process it only through "stopping" it in the consciousness (a similar process occurs for example in the dream). A single frame of the total manifestation which, although always present in its entirety, is illuminated by the individual consciousness, seen in the mind and unrolled in the space-time context and called the "process" of becoming.

And here we need some clarification on the meaning of the three "gunas" (qualities) or "forces" that act in the world of appearances.

In truth these three energetic thrusts do not belong only to the Indian tradition, they are also present in all the other philosophies and cosmogonies developed in various cultures. But in India since time immemorial, seekers of truth have tried to understand the "workings" of life and therefore the study of the energetic variants that create and sustain and destroy the world have been deeply analyzed.

The three gunas represent the three aspects of the divine, where “rajas” (motion) represents the creative impulse, Brahma, which radiates life, a sort of expanding Big Bang; “Tamas” (stasis) symbolizes Shiva who stops the wheel of becoming to finally rediscover the truth behind the forms, in short, he “destroys” them (as they say in the jargon); while "satva" (harmony), which is the emblem of Vishnu, means the unstable balance between the energetic thrusts of action and inertia that allows life to express itself in mutability.

These three aspects, in various transformative gradations, create the so-called five elements that initiate the existential process. That is: pure satva represents the Aether (empty space, consciousness); mixed with rajas it becomes Aria (the subtle mind in its conceptual potential); rajas alone means Fire (the mind that creates mental forms); the mixing of rajas and tamas produces Water (in which images and mental forms take on a defined but fluid appearance); and finally tamas in solitaire congeals the thought forms that are transformed into material energy, that which is physical.

From these transformations and from the constant interconnection of the three gunas the spectacle of the existing takes place, the three gunas are the primary cause of life and becoming, at the same time they are inseparable and therefore in the spiritual discipline of "returning home", or rather of the real knowledge of one's own nature, these gunas are considered functional pushes to project illusion (maya) and which act to "retain" the spirit in the cosmic dream.