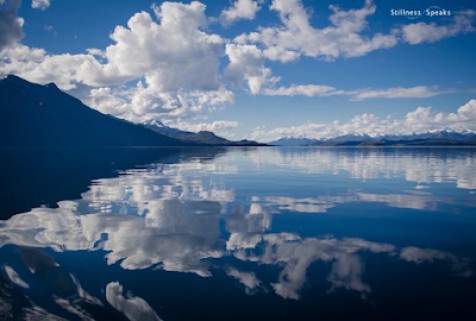 The wise advaitins, non-dualists, who do not consider the observer, the observed and the observation, or in other words the individual self, God and the world, separate or different, hardly waste time describing the unfolding of creation in space time. For these essays, everything is in the eternal "present", in the here and now, and the illusion of evolving from the past to the future is considered a simple hallucination, a mental image that does not deserve particular explanation. "Added knowledge" is defined as the knowledge of the manifestation process, a kind of anecdotal fable that has no value from the point of view of the ultimate Truth.

Yet, as a result of a dialogical speech, in which even "trivial" aspects of knowledge are examined, it has sometimes happened that even sages of the size of Ramana Maharshi or Nisargadatta Maharaj "wasted time" in describing the formative process of existence and of the world manifest. In the time closest to us, when Nisargadatta was still alive, that is until 1981, tape recorders already existed and therefore the description of informal or formal dialogues in which the essay, answering the questions of some researchers, explained the manifestative ways of consciousness as its aspects unfolding in various forms, it was easy to collect and summarize ...

His words were recorded on tapes and then transliterated, a patient work but with a solid basis of reference. At the time of Ramana Maharshi, who left his body in 1950, it was not possible to use technical equipment, all his sayings were transcribed by devotees who attended his speeches, however these transcripts are reliable as confirmation was always requested from the essay before printing definitive. In this context we must be particularly grateful to the Telgu-born devotee (originally from Andra Pradesh), Sri Munagala S. Venkataramiah, who over the span of 5 years (1935-1939) collected several sayings of Ramana Maharshi uttered during various meetings held in 'Tiruvannamalai Ashram.

In particular, for the purpose of an empirical understanding of the manifestation process, I found an explanation given on January 7, 1937 (Talks) which is particularly significant, it refers to verse n. 6 of Arunachala Ashtaka.

In this verse we analyze the small point = ego; the small point composed of darkness = the ego which consists of latent tendencies; the observer or subject or ego that arises expands itself in the form of what is seen, the object and the internal organ of perception. The reflected light operating in the mind must be suffused in order for that ego to arise. In broad daylight, a rope cannot be mistaken for a snake. The rope itself cannot even be seen if there is dense darkness so that there is no possibility of mistaking it for a snake. Only in weak or suffused light can the mistake of mistaking a rope for a snake occur. The same thing happens with the Pure and Radiant Being that emerges as ego, this is only possible in a light surrounded by darkness. This darkness is otherwise known as Primitive Ignorance (or Original Sin). The light that shines through this ignorance is called "Reflected Light". This Reflected Light is known as Ishwara or God. In fact, the manifestation of Ishwara is known to occur through Maya (her power of Illusion). The other name in which this Power is called is "Pure Mind", or Satva quality, this implies that there is also an "impure mind" and this is represented by the ego, which is a next step in the reflection of the Light of Awareness. Supreme through the Rajas, or active, quality of the mind.

Finally, the external or material aspect of the manifestation arises, through the Tamas quality, or inertia, which manifests itself in the form of the internal organs of perception and their external objects.

From a physiological point of view it can be said that this process of externalization proceeds through the brain. The different states of waking, dreaming and deep sleep therefore originate from that original ignorance, with the mind turning outward (through the projective process of the inner apparatus) experiencing the condition of waking and dreaming and retreating into deep sleep state of latency. All of these are obviously just "phenomena" that appear through the Reflected Light on the Substrate of Existence and Absolute Awareness of the self-luminous Self.

Therefore the world cannot be "independent" from its Source, and this is how the One Being becomes many. The Power that manifests this Game of Existence is truly great! And the realization of one's original Nature is the joyful purpose of life.