The limit of ethics 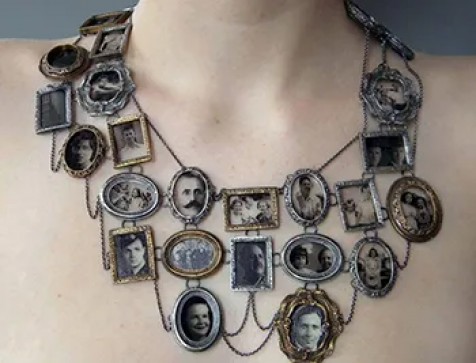 Ethics belongs to reasoning and thus to the logical mind that provides pre-established responses based on past experiences (conscious and subconscious) while happiness is connaturated in the unconscious and resides in the analog mind.

Man, like all other animals, is happy to live for his own natural disposition.

Let's see what say recent scientific studies, defined ‘Brain imaging', which allow to see which parts of the brain function specially during certain thoughts, words, and actions. From these 'brain maps' it turns out that rational thinking and language activate in most cases the left hemisphere, which is similar to a computer, as it accumulates memory data and repeats them on request. The right part of the brain is activated by music, from the non-verbal language, which is made of intonations of voice, looks, gestures, facial mimicry, etc. and creativity, which is the original combination of elements present in nature ...

Unfortunately, in modern society, especially as a result of the dominance of rationalist science (and maschilist culture), the supreme judgment of the mind has taken over, from which the great affirmation of monotheistic religions and the arrogance of use to other creatures and of nature (in this sense is illuminated the reading of "The Limit of the Utility" of Battaille).

I make a concrete example. At first superficial analysis it may seem strange that even so-called animal fondness (animalism) and subsequent acceptance of veganism are the result of reasoning (and not a spontaneous response to solidarity with other species). To be honest, despite animalism and veganism stand in opposition (apparent) with male chauvinist and patriarchal overtones, in reality they are a counterpart of these . Because their opposition is based on the consideration of an hypothetical intellectual and ideological superiority.

In Hua Hu Ching it is said: "Other common beings often require tolerance. For integral beings there is no such thing as tolerance, because there is no such thing as the others. They have renounced all ideas of individuality and expanded the their good will without prejudice in any direction, not hating, not resisting, not contesting, loving, hating, having expectations: all of these are attachments, attachment prevents the growth of their true being, therefore integral being is not attached to anything and can relate to everyone with an unstructured attitude. "

In Taoism, which is not really a religion and not even a philosophy, but a form of naturalism lived without emphasis (we may call it a kind of deep ecology ante litteram), it is indicated to abstain from excesses, whether positive or negative, as a natural behavior of life. You understand good and evil but do not like either one or the other. Good (yang) and evil (Yin) are the two aspects of the manifestation of existence on this earth. It is for this reason that the Taoists ridiculed the good Confucius which, as a convinced rationalist, advocated social and political ethics, while they were confined to remaining in their original nature. Respecting natural propensities, not those acquired for utilitarian convenience or moralistic deviation ....

Happiness is our true nature and pursuit of happiness is just one way to obscure and hide it. In fact, in an ancient popular proverb we say "The best is the enemy of good" ... because by pursuing the hypothetical better, you do not live the good that is at your fingertips. It also proves at the legislative level the continued introduction of laws in society that make justice more and more crappy and impractical.

Perhaps the fantastic and the poetic should be rediscovered even in our social and productive lives. That poeticity, which in the ancient times characterizes the questioning of man about the real and the meaning of his own experiences, is a significant spark of an ORIGINAL CONCORD between the spontaneous acceptance of the other (not as a consequence of an ethics injunction) and the innate happiness.

It is necessary to overcome the gap that has almost become a gangrenous conflict between poetry and rhetoric, re-thinking the knowledge that joy is only the result of an "ethical" attitude, indeed it is through the "moralistic" rationality that it is forgotten and obliterated.

In "doing not doing" there is no realization ...

The Spirit is in the Heart...

Lay spirituality and life in the world

Full moon in July, return to nature and Gurupurnima