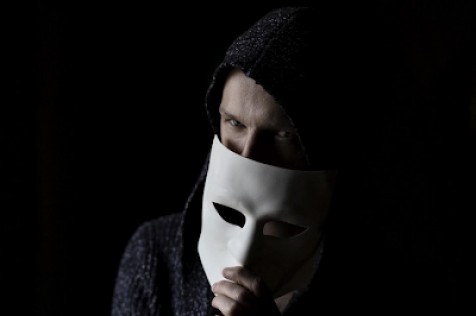 ... let's get to the point ... to the shocking experience of all spiritual seekers who have had - even if fleeting - Knowledge of the Self ...

From the point of view of the ego that identifies itself with the body and mind and recognizes the passage of time and the empirical experience of life as the only truth, it would seem that the Experience of the Self is a simple hypothesis or at best a sensation. transient and sporadic. This surely depends on the externalizing mental tendencies that capture the attention of the conscience.

To tell the truth, the Experience of the Self is total, beyond any doubt or consideration on the hypothetical duration or path of life, temporality, condition of the ego, etc. So we cannot really speak of "impermanence" of the Self but of simple obscuration .. and obscuration is not a substance but oblivion.

For this reason, even in secular spirituality the recognition of one's own nature, as "I" (consciousness and intelligence) is seen as the only access to the transcendental and absolute Self.

This "intuition", if it can be defined as such, is called in tantra yoga "Shaktipat", in the Christian tradition "descent of the Holy Spirit", in Sufism "encounter with the Beloved", in Zen it is described as "Satori", etc. ...

This experience is essential to recognize the truth about the Self .. but once this awareness is covered by the innate obscuring tendencies, it is perceived in the memory as an interpretation of the mind .. with the consequence of believing that the experience is "obtainable" , in a stable form, only through prolonged efforts or the loss of the body and mind, or physical death….

In reality - as evidenced by numerous living accomplishments - the body and mind is not the obstacle ... but the false identification of the ego with the psychosomatic apparatus is ... As happens to the dreamer who identifies himself with a dreamed character ... while all the characters without distinction are the same dreamer ...

In short, the sense of discontinuity in the experience of the Self is the consequence of mental screening, due to ignorance and the accumulation of obscuring tendencies.

Shankaracarya, great sage of the 5th century AD, gave the example of the fear felt by a traveler for a snake encountered on the way ... in reality it is a coiled rope .. but the fear does not disappear until the awareness of the snake goes away and it is replaced by the knowledge that it is a coiled rope.

In my life I was lucky enough to experience the reality of the Self and I met several souls in which this state manifested itself in a stable form, and each of them denied the hypothetical impermanence of the reality of the Self .. calling it simple "forgetfulness". I have faith in this vision and I have stopped considering feeling this permanence as a "problem", or not feeling it, therefore not interpreting the experience of the Self, as a sporadic fact that occurred in some moments in memory, but living it and accepting it as a fact. My own nature.

It is true that the mind continues to play its games by identifying itself with this or that thought from time to time, but what is the importance of the role it plays? Or the character of the play?