Karma, cause and effect 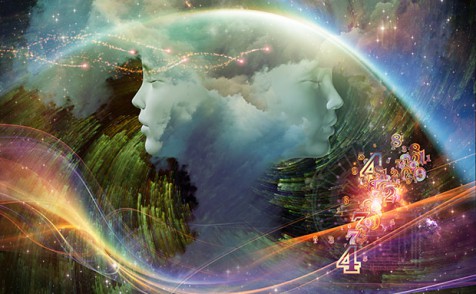 When we talk about the law of cause and effect, or karma, and its consequences, some "religious" people believe that there is an underlying injustice on the part of the divinity, which allows the formation of an evil that must then be taken for granted by the souls, on this earth or in another world, through a "cruel destiny", personal and collective.

In truth it happens that precisely because of the exploitation of this alleged cruelty all forms of extremist ideology are born, which aim to prove the "reality" of the dream of manifestation. These ideologies can be religious or atheistic, it does not matter, they can be turned to modify the quality of the dream or tout court to ignore the aspects turning their attention to a hypothetical "afterlife". So in one way or another it is taken for granted that what we live or "live" (in this world or the other) is the only possible reality ... and that is how karma, the destiny of man, is perpetuated and all that surrounds him.

The trouble with the concept of "God" is that we think of it as an alien entity, separate from us, for this reason, looking with the eyes of lay spirituality, I do not much appreciate the theistic religions. In turning round verse what we are, in the "path" of the return to our fullness, which we have never lost but only forgotten, we seem to touch the "stages".

Sometimes we like to stand in the concept of ethics but the concept of good and evil is a counter-altar to be skipped. Yin and Yang are aspects related to the event, as the positive and negative pole of the electric energy that moves the world.

Let's leave aside any moral explanation that would do nothing but create further confusion because it lies within the illusion, in the dual mirror of the mind, we leave aside any conceptualization, let's see if there is anything left?

Something remains for sure, it is the Consciousness that allows every visualization and perception, which is the "perception" itself.

In each of us it is the only real presence that illuminates the sense of the I (and of the you). Without such conscience nothing could exist. You are - I am - that conscience is enough.

... Consciousness is not what appears in the conscience, it is not - by intuition - feeling, thought, emotion, intuition, vision, but it is that light that makes every perception possible. Therefore even this explanation made of words can not qualify or indicate consciousness. And even this mine is a futile attempt to define the indefinable ... every definition is contained and can never be a container.

Pursuing the concept of Consciousness we can not follow a solid path, but we can at least establish what "not" is consciousness, we deny every construct, axiom, assumption, claim to describe and embody the conscience. And it is precisely in these terms that my opposition to religions and ideologies is configured. But there is no obligation to remain bogged down in a "creed" (the moment you understand the consequences). Only the one who insists on wanting to believe is co-participant of the good and evil of that belief.

Yet, is not it also a belief? And did not we say a little while ago that consciousness can never be "represented" by a thought, by an image?

So, why remain clinging to something that is mere illusion, a dual symbol of "good and evil"? And besides, is it not even said in the Bible that man was turned away from the earthly paradise for wanting to feel the fruit of good and evil? And it is not said, again, this time in the gospel, 'blessed are the poor in spirit because of them is the kingdom of heaven?' And in this case it is perhaps not the spirit of stubbornness and illusion to consider themselves separate that prevents access to that kingdom?

The only thing to do is abandon the separative arrogance and fearlessly return to our true home (which we never left) ...