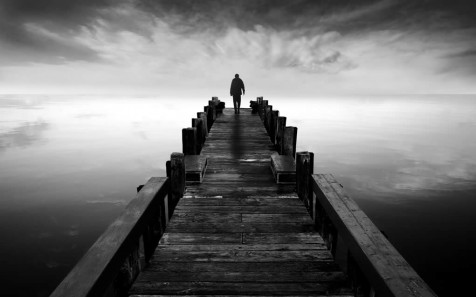 Consciousness cannot be explained only in terms of physiological functioning and certainly has its own nature and reality. The observed is never separated from the observer, the image cannot replace substance. Mental identification of forms and names is not enough to complete the picture of life by giving it an entirety. Therefore in search of a common matrix, in its own right and at the same time all-encompassing, I asked myself and I investigated the nature of the person who questions himself. I called this reflection: Lay Spirituality.

My path towards the realization of the unity of life began in 1973, during a profound "spiritual" experience obtained in the presence of my Master Swami Muktananda. From that moment I learned to recognize the environment, people, everything that manifests itself in the world, as a projection of the same consciousness. Consciousness and matter are not separate. In view of this, my life took on new meaning and seeing no division between the I and the other, my actions also conformed to this awareness.

Everything manifests itself in every single part and every part participates in the whole. Later I found that this perception also had a similarity with the descriptions of bioregional feeling and deep ecology. Putting this holistic feeling into practice is the spontaneous result of that initial experience, but it is not a path traced, it is essentially an ability to respond to different situations in the most appropriate way without having to resort to the built based on memory.

Not that memory becomes useless or harmful, rather it acquires new meaning in consideration of the enrichment it receives with each new experience, without having to submit to the obligation of a payment with previous experiences, so that it is not a trap in which to remain entangled. Recycling of memory is the ability to recover in other forms those ways that served the satisfaction of other and different experiences and situations. Therefore not memory in the repetitiveness of the speech but in the increase of the response capacity. It is useless to try to give detailed explanations ... one could only define it: capacity for growth.