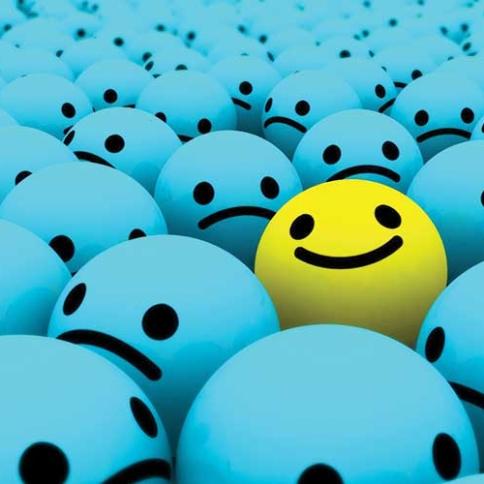 According to a new study published in Personality and Social Psychology, being realistic about your life outcomes is likely to make you happier than overestimating them. Indeed, optimists see the best in everything, while pessimists claim that their negative expectations never leave them disappointed when the worst happens. But in the end, it might be realists who win out.

David de Meza from the London School of Economics and Chris Dawson from the University of Bath examined data from 1,601 individuals who took part in the British Household Panel Survey between 1991 and 2009. This longitudinal survey covers a range of topics including health, finances, household composition, etc.

As expected, those with realistic beliefs had higher psychological wellbeing than those with both low and high expectations. The most pessimistic participants had a 37.2% higher level of psychological distress than realists, with optimists not faring much better: they had an 11.8% higher level of distress. Life satisfaction also suffered for both parties: for those holding the most pessimistic expectations there was a 21.8% reduction and for the most optimistic a 13.5% reduction in general wellbeing compared to realists.

For those who consider themselves more realistic than optimistic, however, the study’s results could come as a relief. Culturally, positive thinking is fairly influential, with self-help gurus and wellness influencers often promoting it as a way to achieve life goals. But, as this study shows, rejecting positive thinking doesn’t have to make you miserable.