The Dolphins And Us 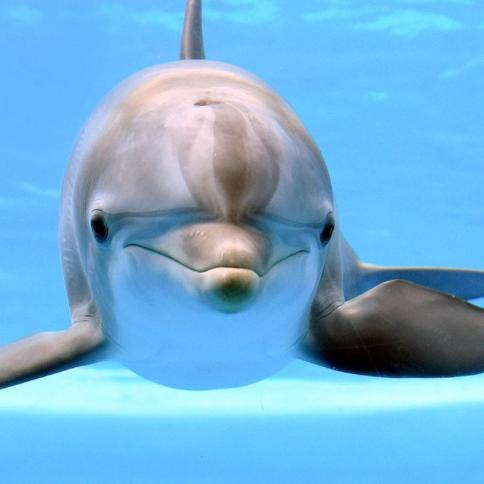 Conscientiousness, agreeableness, extraversion, neuroticism, and openness: the Big Five, the main traits of human personality. Now a major Study of personality in bottlenose dolphins, published in the Journal of Comparative Psychology, has found that in some key ways, dolphin personality is like ours.

The 134 dolphins studied by Blake Morton at the University of Hull and colleagues were all kept in captivity in 15 centres in eight different countries.

Staff who had known the dolphins for at least a year rated each animal on a 49-item Dolphin Personality Questionnaire. Staff indicated the extent to which dolphins showed various traits, such as “exhibitionistic, flamboyant” (for dolphins who regularly try to attract visitors’ attention, say), “aggressive”, “sociable”, “erratic”, “playful”, “easygoing”, “suspicious”, and “stubborn”. Many of the dolphins were rated by two or more people, and the reasonable consistency between different people’s ratings for a single animal gave the team some confidence that these were accurate.

The team then analysed the data, and found that the traits clustered into four main groups, or domains: openness (a tendency to be active and explore the environment), disagreeableness (a tendency to be aggressive, jealous, despotic and obstinate), sociability (being friendly towards other dolphins and people), and “directness”, characterised by consistency in behaviour, boldness, and low emotional arousal. In contrast to findings for chimpanzees or gorillas, a domain of “dominance” did not emerge. This domain is notably absent from human personality models, too, perhaps because neither dolphin nor human social groups feature very strong hierarchies, while chimp groups do, the team suggests.