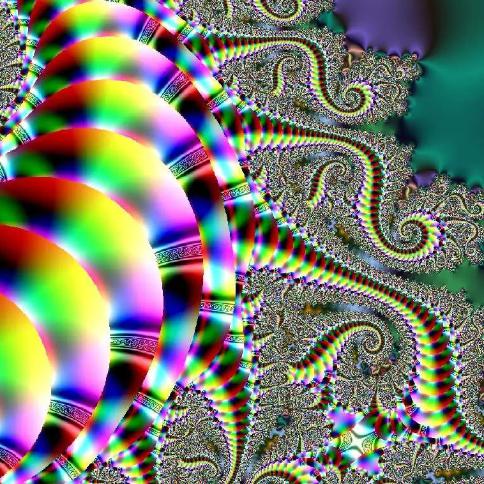 Recent research on psilocybin obtained from magic mushrooms or LSD, have reported benefits on depression and anxiety. Apparently these positive effects are linked to a sense of “ego dissolution” — a dissolving of the subjective boundaries between the self and the wider world.

Now a new study suggests that this effect could be due to changes in brain levels of the neurotransmitter glutamate.

Natasha Mason at Maastricht University, the Netherlands, and colleagues recruited participants that had taken a psychedelic drug before, but not in the three months prior to the study. Half received a placebo and the other half were given a low to moderate dose of psilocybin (0.17 mg/kg of body weight).

A technique called proton magnetic resonance spectroscopy (MRS) is able to detect concentrations of glutamate (as well as other neurochemicals) in the medial prefrontal cortex (mPFC) and the hippocampus — two regions that have been implicated as key to the psychedelic drug experience.

As the researchers expected based on the findings of earlier research, those given the drug reported increased  feelings of ego dissolution, as well as altered states of consciousness. But the team also observed higher levels of glutamate in the mPFC and lower levels in the hippocampus after taking psilocybin — and they linked these changes to different aspects of ego dissolution. Increases in the mPFC were most strongly linked to unpleasant aspects, such as a loss of control over thoughts and decision-making, and also anxiety. Decreases in the hippocampus, meanwhile, were most strongly linked to more positive aspects, such as feelings of unity with the wider world, and of having undergone a spiritual-type experience.

The hippocampus is our most important memory structure. It’s been suggested that a temporary reduction or loss of access to memories about our own lives might contribute to a weakening of the “self”. Changes in glutamate levels in the hippocampus might be key to this process.

More work is clearly needed to fully understand all these processes. But there’s a lot of interest in the potential therapeutic benefits of psychedelic drugs right now, and the new study does help to clarify the underlying neurobiology of the psychedelic state.

The study was published in Neuropsychopharmacology.