"The great Way is quite flat, yet people prefer the sideways" (Tao Te Ching) 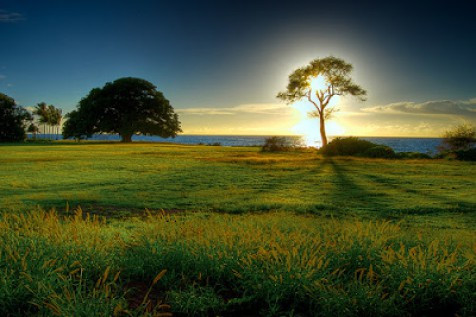 It is said that the path of self-knowledge requires great sacrifice and great courage. The first thing we must give up in order to know ourselves is the acceptance of empirical knowledge. This empirical knowledge is not only the image we have of ourselves, it is also the known through faiths, science, religions, philosophies ... in short, everything we accept because it is part of culture and of our "believing" .

Being oneself requires abandoning preconceived ideas and giving up the comfort of feeling accepted by others, and even refusing to revolt and self-affirmation. We do not rebel against the world or against current thinking, but neither do we take them for real, as they appear to us or as they are described to us. The world is there and we, as observers, are there. But why should we conform to a "description"? To a judgment?

After all, self-knowledge is something very simple that does not require explanations or justifications and in truth it does not even require sacrifice or courage. He asks for nothing ...

But perhaps one thing is necessary self-awareness, otherwise one can stumble upon the "necessity" of believing, thus renouncing the "freedom" of not believing.

It has happened that several philosophers who declared themselves secular or even atheists in life have converted to the point of death, it happens when the fear of dying takes over. Philosopher or street man are equal in front of the extreme foe (or true friend, as Totò called her in "La Livella")

Someone objected: "... I am of the idea that the philosopher is better armed to fight the homologation that De Curtis feared!". But how can one be armed or resist the inevitable? Either we accept death as an aspect of life and then we welcome her as a lover, as a birth, or we fear the judgment of God and philosophy is of little use, indeed it is a burden, greater than the blissful ignorance of the illiterate.

"People would do anything, however absurd, to avoid facing their conscience: practice yoga, observe diets, learn theosophy by heart, mechanically repeat mystical texts from world literature. All because they don't know how to be with themselves, and they don't believe in the slightest that they can get anything useful out of their conscience. " (C.G. Jung)