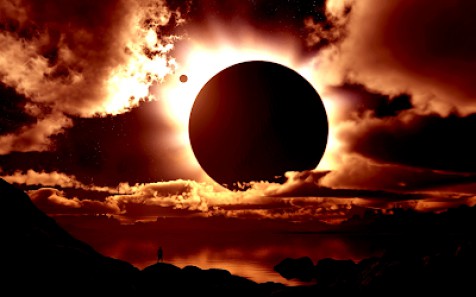 Over the centuries and millennia, human civilization has gone through moments of growth and decline. In the attempt to standardize a code of justice functional to the management of the community, laws and religious dictates have arisen which are useful to give a legitimate address to social management.

The commandments and dictates, whatever they are and of any religion or government, are good for an ethical-moral implementation aimed at the ordering of the society in which one lives, therefore from the point of view of lay spirituality they are "impediments" to the conscience of unity in the diversity of life. In fact, in non-dual philosophies, such as Taoism, there are no categorical impositions but the advice to move in synchrony with the quality of time ... responding to vital needs, from time to time, following the inspiration of the moment.

Unconsciously, however, this also happens if we want to follow civil regulations and religious dictates. In fact, reading the Bible, the Gospel, the Koran, a legislative code, etc. according to the intellectual level and the inclinations of the reader, the meaning and direction that everyone likes is obtained. Read a sentence, analyze it, you will find what you are looking for inside. Since in the miscellany of contents there will always be indications to satisfy or justify every behavioral propensity and every "interpretation" suited to one's purpose. The so-called sacred books are a compendium of contradictions which thus satisfy the "willingness to believe" and justify every action. And this always happens at the level of the "known", or in the context of memory aimed at satisfying egoic intentions or religious or ideological supremacy.

For these reasons the "bookish" knowledge of the so-called "sacred scriptures" is not held in high regard in lay spirituality. In advaita (non-dualism) it is defined "artha wada", which stands for: literary enrichment or added material, the purpose of which is simply to satisfy the mental curiosity of those who cannot accept the absolute truth and continue to bask in the "becoming". In fact, declaring to "believe in something" is only a way of qualifying the object in which one believes. But using the verb "to believe" to describe the motion of becoming is a limitation to knowledge (based on memory). We believe in what we presume to know, and which suits us, therefore becoming is understood through a process based solely on the known.

Hence the "basking in the belief of becoming". But true freedom is freedom from the known.