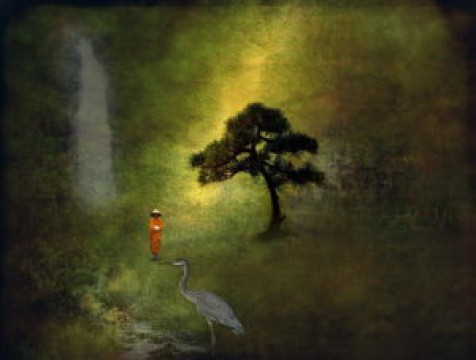 This discourse on "secular spirituality" is aimed at people who do not necessarily have a clear definition, perhaps they are used to confusing spirituality with religion ... The feeling of a circumscribed spirituality in religious terms is limited to that religion, it has no universal value. On the contrary, lay spirituality has nothing to do with religion.

Lay spirituality corresponds to a natural spirituality not connected to any creed. But we must say that even a Christian or a follower of any other established religion can recognize within himself the spiritual presence and out of an inveterate habit of adhering to her creed defines her as "Christian" "Mohammedan" "Jewish" etc ...

In truth, spirituality and life are synonymous, they indicate the same conscientious reality, and therefore how can one define the "Christian" life or what else ...?

Life is a sort of "adventure", a theater in which the spirit rejoices in expressing itself and which describes the existential journey of the ego, and the liberating point of view of those who look at the world without preconceptions, finding in themselves , and outside of any religious belief, the key to love the Whole, recognizing oneself in It.

Recognizing oneself in what is… one overcomes the identification with thought forms that are nothing more than mental constructs without an objective confirmation. And a religion like any other ideology or philosophy is just a psychic grid that prevents clear vision.

The "wonder of Self" of natural or lay spirituality does not need identification or belonging, it is self-evident. The rest is just "added material" (to satisfy the mind) ...