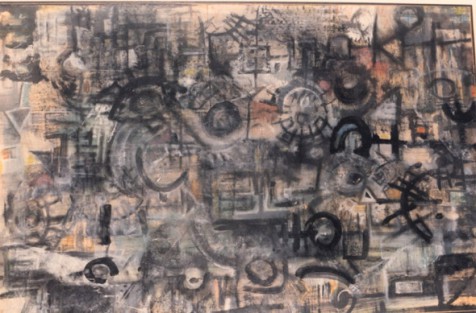 Today we observe that the change in the relationships between male and female can be considered a thermometer to measure the course of the disease in the human species. This disease originated with the advent of the dark era, defined in India as Kali Yuga, which dates back to around 5000 years ago. The beginning of this era, which corresponds to the end of the war described in the Mahabarata, initiated a slow process of degradation which led the egalitarian and sacred society, which had hitherto existed in almost all the known world, to deteriorate under the influence ever more pressing of patriarchy and of the valorisation of the sense of possession.

In Europe that same period, defined as late Neolithic, described in great detail by the scholar and archaeologist Marija Gimbutas ended with the affirmation of male power exercised with violence and with the loss of female freedom (through the purchase of women for the purpose reproductive, wars of raid, perpetuation of patrilinearity, etc.). At the same time, we have news of similar events that also happened in ancient Chinese civilization, where the prevaricatory and controlling model of the female world took over. This moment is also evoked in the Book of Changes in relation to the description of the hexagram "The making of Encounter" in which the female is imagined who spontaneously meets the male and consequently receives a negative judgment. At the same time, in reading the comments, it is clear that this "meeting" represented the previous way of functioning in society. This mutation in the style of intergeneric relationships (man-woman) was considered the beginning of the era of conflict (correct translation of the meaning of Kali Yuga) and closes the previous era of uncertainty (Dvapara Yuga).

Now we must examine how the ancient sages accurately described the characteristics of the current era by evoking a series of events and trends that are easily recognizable in this historical moment. Without wanting to evoke Mayan calendars or other more or less credible apocalyptic descriptions, we report, in any case, some certified historical affirmations, thousands of years old.

"Finding themselves immersed in ignorance, self-confident, considering themselves wise, fools wander one another, bumping each other, like blind people led by a blind man" (Mundaka Upanishad)

"Now in fact it is precisely the Iron Age, nor will men ever cease to suffer the day, for the efforts and miseries, and the night to pining for the serious anxieties that the gods will give them. Neither then the father will be like the children, nor the children to the father, nor the guest will be dear to the guest, the friend to the friend, the brother to the brother as in the past. They will have their parents in contempt, as soon as they begin to grow old, they will insult them with rude words; nor will they, to aged parents, give what is necessary to live, using the right of the fittest; finally they will plunder each other's cities. And then there will no longer be gratitude for the right man, but rather the man who created evil will be held in honor, justice will be in his hands; modesty will no longer exist. The wicked will do harm to the good man, jealousy will be companion to miserable men, lover of evil with an odious appearance ... and there will be no escape from evil "(Hesiod, Works and days).

In the Linga Purana, ancient Shivaita text, the men of Kali Yuga are described as tormented by envy, irritable, sectarian, indifferent to the consequences of their acts. They are threatened by disease, hunger, fear and terrible natural disasters. Their desires are badly oriented, their science is used for evil purposes. They are dishonest.

At this time nobles and farmers are on the decline, while the servile class claims to govern and share knowledge, meals, chairs and beds with the literati. Heads of state are mostly of very low origin. They are dictators and tyrants.

“Fetuses and heroes are killed. Workers want to have intellectual roles. Thieves become kings, virtuous women are rare. Promiscuity spreads. The earth produces almost nothing in certain places and much in others. The powerful take over public goods and cease to protect the people. Scholars of low league are honored and participate in unworthy people the dangerous secrets of science. The masters degrade themselves by selling knowledge. Many find refuge in wandering life.

“Towards the end of the yuga the animals become violent (because exploited nd.r.).

The decent men withdraw from public life. The sacraments and religion are also for sale. The dishonest merchants. More and more people are begging or looking for work. Almost everyone uses vulgar language that does not keep the word given. Prominent individuals without morality preach virtue to others. Censorship reigns ... Criminal associations are formed in the cities. Drinking water will be lacking, as will fruit. Men lose their sense of values. They will have trouble in the belly, and the hair in disorder. Life expectancy will not go beyond adolescence towards the end of the yuga. Thieves will rob thieves. Many will become lethargic and numb, the diseases will be contagious. Mice, snakes and insects will torment men. Hungry and afraid men will find themselves near the Kausichi River.

At the end of this era, practicing misguided rites will spread everywhere in the world. Unqualified people will pass themselves off as experts. Men will kill each other and kill children, women and animals. The wise will be sentenced to death. "

However, still according to the Linga Purana, some men will soon be able to achieve perfection. In a sense, Kali Yuga is a privileged period. The very first men of the previous ages, still nearing the divine, were wise in a society of sages. But the last men, these of the Kali-yuga, approaching annihilation, also approach the principle in which everything returns to its end. In the midst of moral decadence, injustices, wars, social conflicts and the persecution of the feminine, which characterize the end of this yuga, contact with the divine, by descending way, becomes more immediate.

In a society where everything is already perfect, acts are done automatically for the good, while in a degraded society discrimination and courage are needed.

We find descriptions of such an end of an era even in Judeo-Christian apocalyptic texts, including that of St. John, which evidently are inspired by the same ancient sources mentioned above.

In a Shiva Purana, in Rudra Samhita, much earlier than the Christian era, it is said: “The end of the current world will be caused by an underwater fire, born of an explosion similar to that of a volcano, which will consume water that rivers have poured into the ocean. The water will overflow from the ocean and flood the earth. The whole world will be submerged."

We have seen that, among the characteristic phenomena of Kali Yuga we find the emergence of false anthropocentric religions that distance man from his role on Earth and serve as a pretext for his predations, his genocides, and ultimately lead him to collective suicide. The city religions take over the religion of Nature, this is the beginning of the decline, which corresponds to the emergence of monotheistic religions. It was about creating illusory faiths that perverted the true religion of Nature. For example, the creation of these new religions (or ideologies) took place in India in the form of Jainism and Buddhism, in China in the form of Confucianism and in the West as Christianity and in the Middle East as Islamism.

These religions, whatever the character and intentions of the original founders, have essentially become "state" religions, with a moralistic character. They have given way to a centralized patriarchal power to impose an element of unification and control over different populations. Everywhere, these religions, while speaking of love, equality, charity, justice, are indeed pretexts and instruments for cultural and material achievements. The massacre of populations that took place in various parts of the world as religion, is an undeniable historical fact.

The position of women in all these religions is secondary and therefore justifies gender oppression. If and when the sacred feminine and the spirituality of Nature manage to find an autonomous and sincere expressive way in our society, the dark era, and of conflicts, can be considered ended.

The true layman is also true towards laity

Psychostory. The intrinsic memory of events in matter...