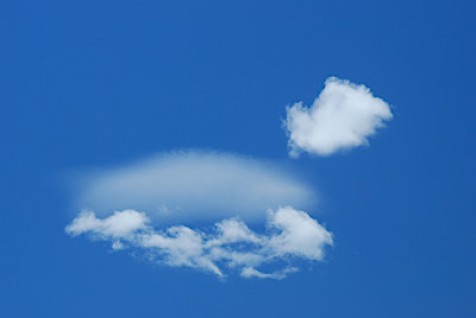 "In peace and silence everything manifests itself" (Saul Arpino)

Usually the image of noise is linked to work activities, one thinks of a hammering of metal sheets, blows of axes, hissing engines, traffic, howling of sirens .... Just thinking about it makes you feel annoyed both in smell and in hearing! But it is above all the "fun noise" that is irritating and harmful even if it is considered a source of delight and exaltation. I am obviously referring to the decibels of the spielers blasted by racing cars, emerging from the doors of ambiguous clubs, from the windows of houses with televisions on day and night, from the stereos of street vendors, from the hard rock cadences of discos and private clubs, etc. etc.

What are the consequences on the mind and on the human body of these cadences issued relentlessly? The electroencephalogram shows slowing of rhythms, alterations in the electrical activity of nerve cells, reduction of reflexes and memory, excitability and lack of adequate responses to contingent situations, even some forms of headache can be linked to acoustic trauma. Undergoing excessive noise leads to urinary and menstrual disorders, fertility and libido are also affected.

People who live or work in noisy environments are the most prone to phenomena such as hypertension or the sudden elevation of blood pressure, at risk above all people subject to cardiovascular problems. In fact, some laboratory tests have shown that if patients are subjected to a noise of 90 decibels for 10 minutes, they show evident changes in the electrocardiogram.

In short, excess noise is pure poison for man!

"Blessed are those who are in Paupasia .." But perhaps they too are now enslaved by the headset ...!

The background noise to which we are exposed should not exceed 60 decibels but it is a limit that is widely exceeded both in Italy and abroad. All this noise as well as leading to the aforementioned disorders also has other inconvenient consequences: it makes the ear unaccustomed to listening. In fact, noise pollution leads us to ignore (at the conscious level) those sounds that our hearing cannot bear, which is a kind of deafness or psychological distraction. Today, the simple reduction (soundproofing) of emissions is opposed to fight the hell of the "din", but this is a merely negative approach.

Instead, we must ensure that studies on environmental acoustics have a positive value. What are the sounds that we intend to privilege, preserve, multiply? To understand this we must learn to choose the noise to which to submit. We can begin by discriminating between voluntary listening to our favorite melody and the pounding of indirect music. This awareness will certainly not prevent us from listening to indirect music, often given to us in the most subtle forms such as when you go to the supermarket or listen to strange music on the internet or televisions (and if you prefer), but it will still allow us to get used to it. to detachment and discernment so as not to fall victim to advertising charmers.

In fact, passive (ignorant) submission to indirect music is a source of cultural upheaval and mutation of customs (exactly what advertising wants ..). If we remain victims of this influence, music, which is the art closest to the spirit (having been born precisely as a function of spiritual nourishment) and pride of our millenary tradition, stops being something born to "illuminate" the human mind, cheering our life, but it becomes a source of confusion and alienation from life (something so pleasing to Satan).

Today, in a society where everything is materialistic consumption and appropriation, even music is a commodity to be "enjoyed" without restraint to the point of nausea and denial of harmony. “Men, so-called civilized, have become ferocious hearers but in reality they no longer know how to listen! They use sound as a stun drug, thus forgetting to enjoy the meaning and value of what is heard ”(Walter Maioli, ethnomusicologist).

As I said above, aboriginal cultures are also threatened by the ongoing musical massification, the sweet and deep music of the East, the Americas or Australia risks being irreparably contaminated by the vulgar wave of electronic and decadent sounds of western consumerist music. . "It is true that different civilizations can grow through hybridizations and contacts, this has always happened in the past, but they should be able to continue to evolve without undergoing an absolute and therefore unacceptable colonization" (Roman A. Vlad, musician).

In listening, therefore, it is not a question of contrasting elaborate music, rich in symbolic meanings, with popular and primitive music ... rather, at various levels, of underlining the profound and radical difference in purposes between a consumer product and works in which aesthetic research continues to be carried out.

And here we return to the problem of noise pollution ... (and not only in cities, since it now reigns everywhere) to discover that while an ever-growing audience submits itself, more or less voluntarily, to consumer music products, it imposes itself to The quality "listener" an excessive discriminatory effort and patience in order not to be involved and upset by the noise of mass broadcasting.

It is necessary to avoid that the melodic ability, which made man dream for millennia and which is now an emotional component of his spiritual life, falls victim to the musical "oilmen". The melody, which has silence as its basis, must not succumb to a perverse and sordid era, bewildered by every noise. The reverse risk, I said above, is the unconscious addiction to noise and the total loss of listening skills.

And I would now like to remind convalescents wishing for melodious cures of something we can do to recover the love for natural sounds. When we go to the countryside, on the bank of a river, in any natural environment, we accustom the ear to emptiness, we turn off any technological buzz, we do not speak, we let nature transmit its messages: the hum of a bee on flowers, the flicker of a sparrow's wing, a gust of wind among the leaves, the rustle of our footsteps on the path ... In this way we will feel a new harmony being born within us, which starts from the heart...