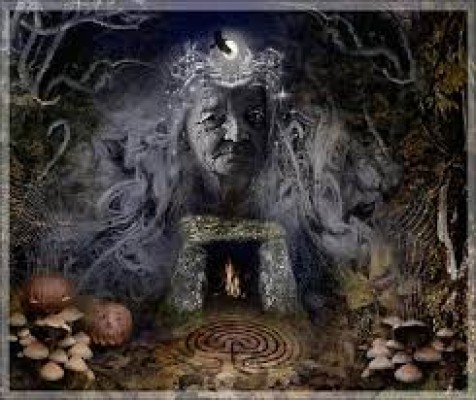 The cult of ancestors in many of the ancient civilizations was the coagulating factor for the preservation of the sense of community. In China, for example, it had risen almost to religion, in fact Confucianism is nothing more than a moral system based on respect for the "hierarchical" rules of father / son - sovereign / subject. In some way this system, which guarantees a role to the generations of the community, has ensured in the East as in the West, an orderly and rigorously ethical growth of society, even with the flaws of inevitable excesses, it has maintained that solidarity process born in the Matristic clans earlier, and subsequently transmitted to the patriarchate.

This conception went on without major upheavals until the beginning of the last century, when a "system revolution" was launched, an apparently bloodless and not specifically desired revolution, but the result is a sudden change of direction and the sortie utilitarian and exclusive models.

It coincides with the beginning of the industrial era and the market economy and with the emergence of large urban settlements, the metropolises, which we had already seen in the outline of the imperial model of Rome which was then taken up again in the United States of America.

The spark of the new social and economic paradigm - in my opinion - is a direct consequence of the great crisis of 1929 which on the one hand forced thousands of families into forced urbanization and the abandonment of the small-community criterion and the adoption of instrumental social models. . A new social and economic planning based on the collective capacity of production and on the consumption of superficial goods (coincides with the birth of Coca Cola, cigarettes, synthetic fibers, the diffusion of cars and other machinery). As I repeat, this model was not specifically pursued but the inevitable consequence of an acceptance of "finalized" production management - by the operational individuals - and the delegation of solidarity and social functions to the administrative bodies.

This procedure found its affirmation also in Europe starting from the 1950s (despite the general rehearsals of the early 20th century in England) and slowly expanded to the rest of the Westernized world, except in pockets of necessary "backwardness" that we now define "Third or fourth world". But this third or fourth world is also slowly taking on the utilitarian model and the result is the total family and social disconnection with the interruption of agriculture and crafts and the coming to light of crazed splinters of a society alien to itself. It takes place in the so-called megacities of twenty or thirty million inhabitants, with adjoining slums and endless suburbs. The internal solidarity of small communities has died while social categories have come to stratify that have little or nothing to share with "humanity".

In large industrialized and consumerist cities, on the one hand there is the class of "active" producers and on the other that of "passive" citizens, that is, children and the elderly. Let's leave the discussion of the actors in primis, the so-called producers and operators, open for the moment, and let's see what is happening in the passive categories, of the unarmed or assisted users.

Children are perhaps the most penalized since the most profitable and developmental interest is directed towards them, they are the "privileged" of the new market research formulas and at the same time left to themselves, following the total lack of internal solidarity in the family and social sphere. With few real prospects of evolutionary growth in intelligence and future interests, children are preparing to be the "bomb" of the final loss of connection to the organic-psychological reality between man, nature and environment. Already in them we witness the almost total inability to relate to a social and material reality, replaced by a "virtual and theoretical reality". Now as long as the generations that were born from the 1950s to the peak of the 1980s are able to withstand the blow of utilitarian production, this mass of "passive beardless" can still maintain an at least consumerist reason, after which the ability to survive stops inevitably, together with the operational volume of the parents ... ..

The other category, passive par excellence, is that of the elderly and disabled, pensioners, who already survive without hope, prey to increasingly widespread violence, thefts and scams and exploitation of their victim status (pursued by entities and associations that arise to "protect" them from abuse ....). In the antecedent solidarity society, the elderly had a precise social name in the transmission of the culture and experiences necessary for life, living in family environments where there was no separation between children, young and old. Now the elderly are in the way and as long as they can fend for themselves, well, then they become objects of the market for social workers, for hospices and for often unscrupulous home helps or fake care workers who milk at their meager pensions, moreover - recently - they are more and more victims of phony "moral entities" and thieves. And this is because the elderly no longer have a place or protection in society.

How are today's 50-year-olds going to ensure their survival if the social structure is so degraded? In their old age, they will not be assisted either by society or by their children and - perhaps - it will be precisely for this unconscious suspicion that many refuse to have children and pose as eternal "boys". Today one is "young with good hopes" up to fifty years and a little more and then suddenly rushes into the hell of old age and abandonment.

In short, "as long as you manage to get by with your own strength and then fat in the ass!" Perhaps we still have time to become aware of this and implement a sudden U-turn before the precipice.

The solution - secondly - lies in overcoming consumerist models and the family pattern of a modern couple, first of all, to rediscover new expressions of human solidarity in an enlarged sociality, at the same time abandoning the expansion of large urban agglomerations and renouncing cultural paroxysms. (pre-packaged music, televisions, idiotic sports, virtual games, etc) in order to recreate in us the primary stimulus of the joy of life and the creative ability to produce something that has the spirit of the necessary and the beautiful. In short, there is still talk of deep ecology and lay spirituality.